Woodside off to a VOBIS Sires flyer 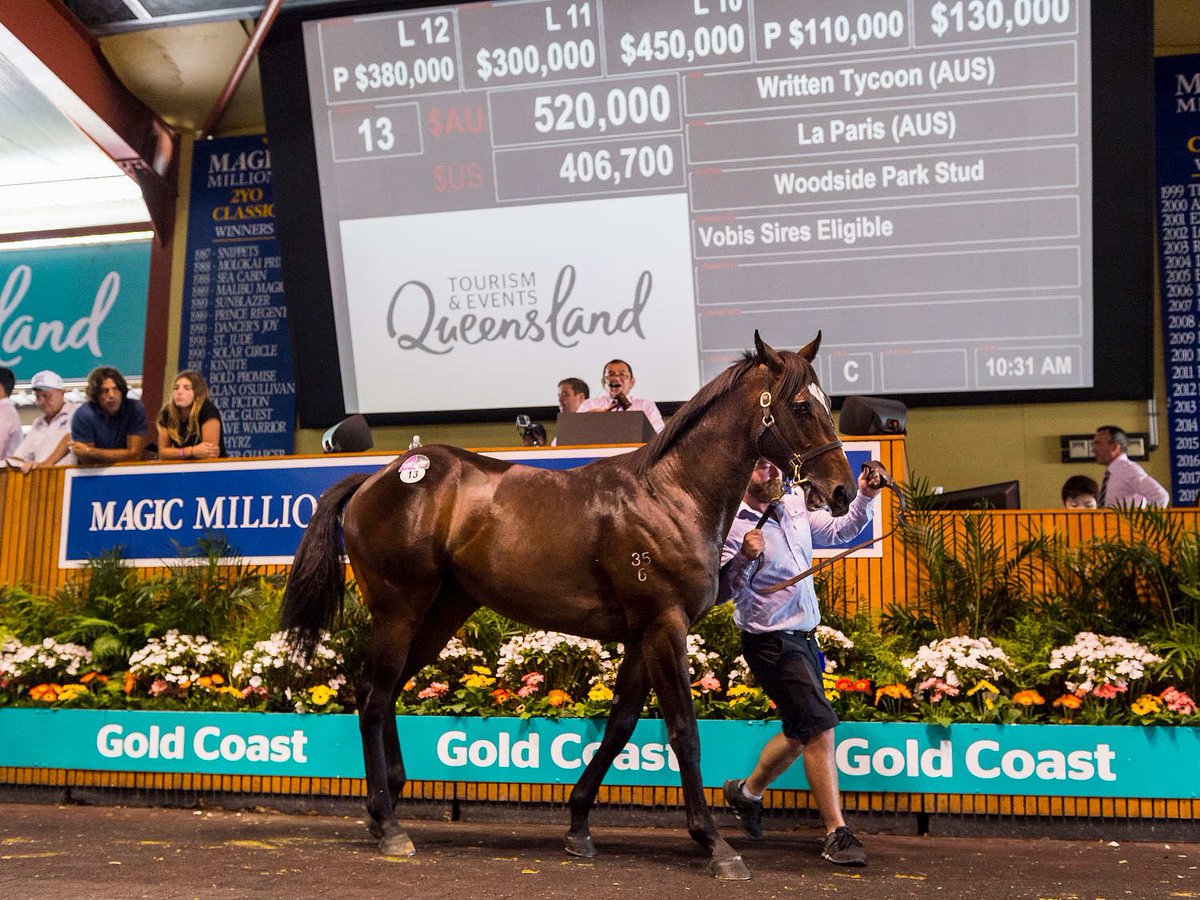 It could not have been a better start to the 2018 Magic Millions Gold Coast Yearling Sale on Wednesday for Victorian stud Woodside Park or the new VOBIS Sires scheme.

Lot 13, a bay colt by Woodside resident stallion Written Tycoon from the Falvelon mare La Paris was the subject of an intense bidding war, eventually selling for $520,000 to agent Michael Wallace on behalf of China Horss Club.

Lot 13 was the first horse at the sale sold carrying the VOBIS Sires scheme eligibility – meaning the colt is a candidate for the inaugural running of the $1 million Showdown in 2019.

“Wow what a start, that was incredible,” said Woodside Bloodstock Manager Matt Tillett.

“The VOBIS scheme is such a positive selling point already but with The Showdown next year and a great colt like this, it just made him irresistible.”

Four lots later and Tillett and the Woodside team were celebrating again as Lot 17, a Zoustar colt from the stakes placed Lonhro mare Lady Lakshmi sold for $375,000 to James Harron.

“Written Tycoon obviously is a very sought after proven stallion, but to have Zoustar joining him now is just fantastic.”

You can find detailed information about the $1 million Showdown and all VOBIS Sires yearlings at the sales by visiting the VOBIS Sires webpage.