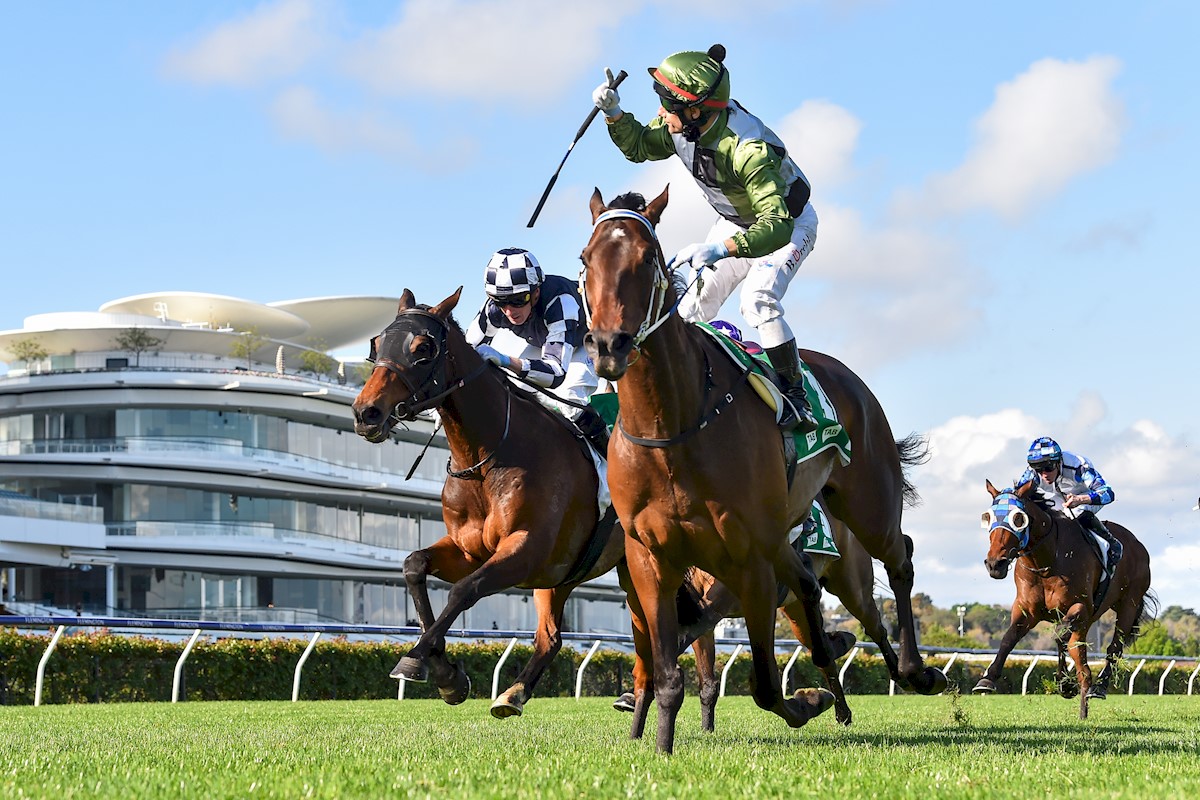 It was a case of winners all around the country for Victorian based stallions in stakes races last Saturday as it reinforced the quality of sires on offer in the state.

Victorian stallions produced eight stakes’ winners on Saturday, including two at Listed level and one each at Group 2 and 3.

They won three of the four Group 1 races on offer across Australia.

And at the Australian home of racing – famed Flemington – Danny O’Brien started the day off in fine style when El Patroness won the listed Super Impose Stakes (1800m).

O’Brien, in partnership, bred the filly by Rosemont Stud’s Shamus Award which O’Brien trained to victory in the Cox Plate.

Still A Star pushed her earnings toward $1 million with her seventh stakes win, this time in the Group 2 Rose Of Kingston Stakes (1410m).

The mare is by Swettenham Stud’s leading stallion, Toronado (IRE).

Boom horse Incentivise gave Shamus Award another Group 1 winner when the five-year-old gelding took out the Turnbull Stakes (2000m). The gelding is $2.25 favourite for the Caulfield Cup.

Toronado got another winner, this time at Group 3 level when the Gilgai Farm bred Masked Crusader won the Premier Stakes (1200m) for Team Hawkes.

The Victorian stallions weren’t finished yet with Stockwell producing another stakes victory with Living The Dream winning the listed Kalgoorlie Cup (2200m) for breeder John Richards who also races the six-year-old entire.

While three of Victoria’s premier stallions – Written Tycoon, Shamus Award and Toronado – all produced big winners, it was a huge achievement by Stockwell Thoroughbreds to produce a Group 1 winner and a stakes winner by their only two stallions.

Stockwell’s Mike Becker said it was always a bonus to pick-up a Group 1 because they were so difficult to win.

“It was a thrill and I probably got as much of a thrill from winning the Kalgoorlie Cup because the mare, Dreamwinner, has been with us since she first went to stud and she is a lovely mare,” Becker said.

“Living The Dream was reared on the farm and it obviously gives you a thrill and John has been a loyal client to us for a lot of years and that always gives you a big thrill.”

Becker said while things can change quickly, as of Monday Al Maher is 11th on the general sires list which had been helped by having one big race winner.

“But when you analyse his lack of numbers, he has got a third of the runners of the horses above him, or more, but he has got a higher percentage of runners to winners than all of those above him,” he said.

“We are talking the likes of the I Am Invincibles, The Written Tycoons the Snitzels and all of those. While he has got a higher percentage of runners to winners to them, he is a fraction of their price.’’

Now with five Group 1 winners, Becker said not a lot would change in Al Maher’s life after the stallion served 30 mares last year on an $8800 service fee.

Becker said while they’d love to have more interest in the two stallions, they don’t expect it and the reality is they are breeding racehorses with the two stallions and sadly are no breeding sales horses any more.

“But that is the reality of the world and we understand that,” he said.

“If someone wants to breed themselves a racehorse with a 70 per cent chance of breeding a winner, you’d go to either one of them.

“The downside is very limited and the upside clearly isn’t.

“The two stallions between them have had over 90 stakes wins. Al Maher had his 36th on Saturday, and Artie Schiller had his 55th.”

Becker said Dreamwinner had just produced a full sister to Living The Dream, but would probably go to a more commercial stallion this season so Richards had something to sell in a couple of years.

The mare’s first foal (Arties Dreamwinner), also bred and raced by Richards, was by Artie Schiller and won five races, including at Morphettville and Canterbury.

“John had two runners last week and they were both by Artie Schiller and they both bolted  in and the other one was Marketing that won at Kilmore and he is very good horse if they can keep him right,” Becker said.

Becker said both his stallions probably wouldn’t get more than 40 mares each this season.

To view the quality VOBIS Sires which are on offer in Victoria, click here.