Victorian Raider with lines to Showdown 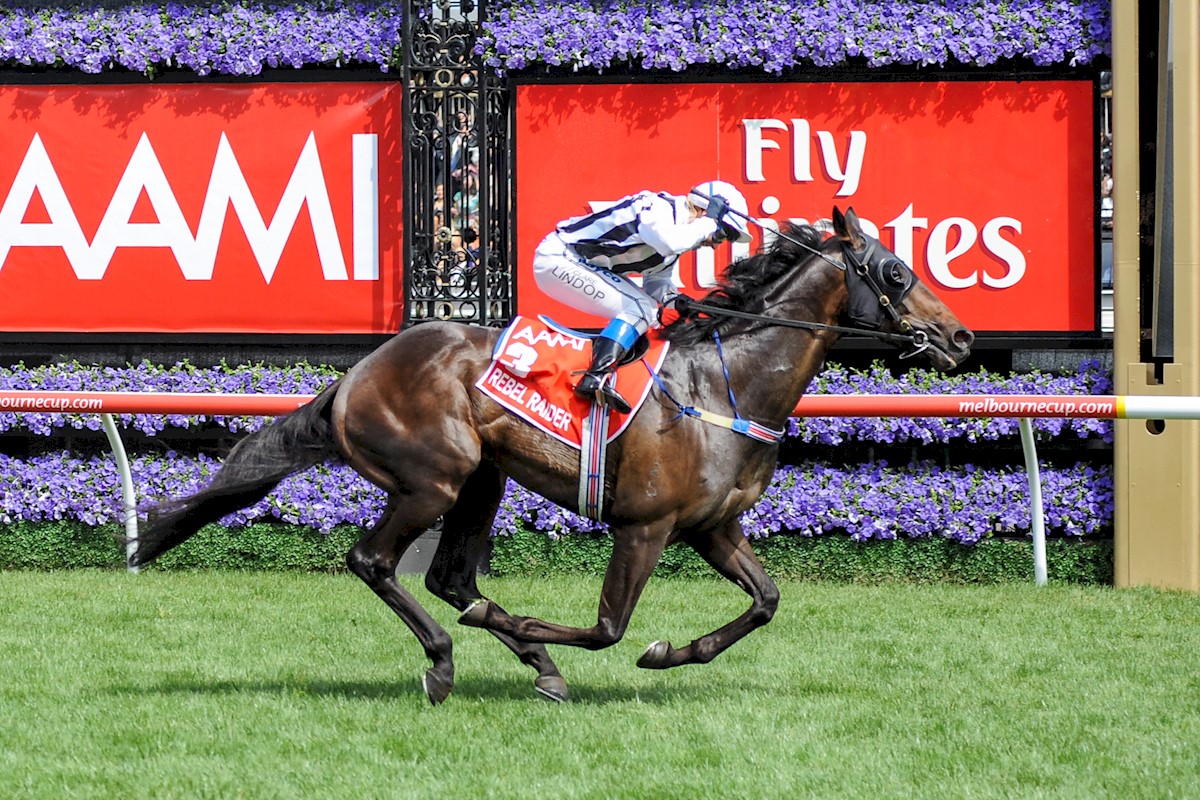 Initially retired to Carin Park in 2011 before moving to Wyndholm the following year, Rebel Raider is an exceptionally versatile stallion, producing both speed and staying power in his crops. From his first crop at Wyndholm, he had an impressive 76% win or place strike rate (13 from 17 runners), including 2 stakes winners Waging War and Pretty Punk and Group 1 Queensland Derby runner up Rockstar Rebel. It was an excellent start for a stallion with so few runners and Wyndholm’s Kim McKellar believes he is the most underestimated sire in Victoria.

“Rebel Raider does have speed, he ran brilliant sectional times. He won a Group 3 over 1200 metres and then he went on to win two Derbys. Before he injured himself, he was even coming back for a Melbourne Cup campaign,” Kim said.

“He can do both sides and his progeny can do both sides too – speed and stay. If you put a fast mare to him, they will be quick and can get to a mile, whereas if you put a staying mare to him, they will grind it out all day – it’s a rare quality. You do need to be patient and look at his three and four-year-old form, but if you are, you will definitely reap the rewards.”

Rebel Raider has been attracting mares from all over the country, with a strong supporter base from his original home state of South Australia. “They appreciate what great value he is, and that he gets the winners on the board,” continued Kim. “By visiting a Victorian stallion, it also allows them to take full advantage of the lucrative VOBIS scheme.”

As a racehorse, the brainy athlete won 6 of his 21 starts, including the Group 1 Victoria Derby and Group 1 South Australian Derby. Of his 6 wins, all but one was at Listed or Group level. Trained by Leon MacDonald at Morphettville, Clare Lindop was his regular jockey for the majority of his career.

Standing at 16.3 hands high, Kim describes the brown powerhouse as fast and tough with good conformation, although slightly out in his right front. These are words that have also been used to describe Rebel Raider’s great, great, great grandsire on his male line, Showdown.

“Rebel Raider is an absolute gentlemen and a pleasure to have around the farm. He’s always happy to talk to the young colts in the next door paddock and is still a good ride.”

An equine veterinarian for over 40 years, Kim and his wife Liz started the commercial breeding business at Wyndholm Park in 1990. Rebel Raider shares the 600 acre farm with four other stallions, a number of broodmares, weanlings and yearlings and around 550 head of sheep. Kim’s AK&K Vet Services clinic is also based on the property.

Two of the three yearlings on offer at the recent Adelaide Magic Millions Yearling Sale were purchased by Rebel Raider’s trainer Leon MacDonald. There is one lot on offer at the Inglis Melbourne Gold Sale (lot 183) later this month.