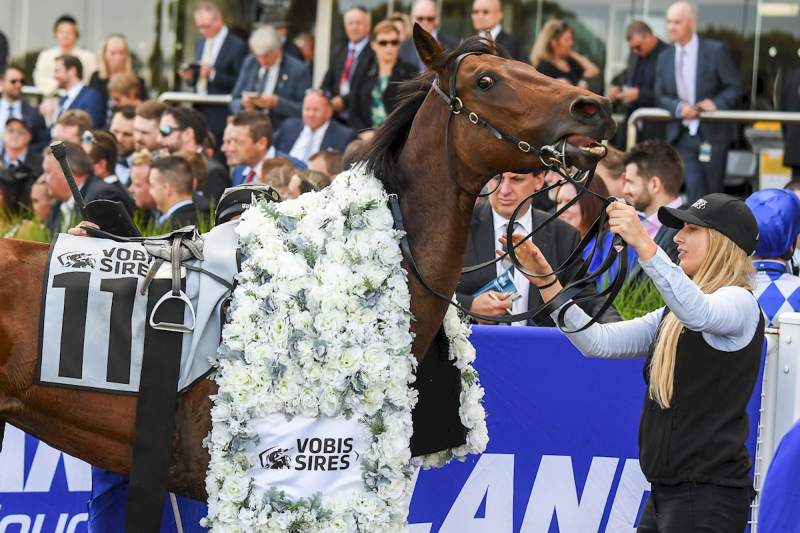 A new player to the breeding scene was the big winner of the inaugural $310,000 Swear at Spendthrift VOBIS Sires race on Saturday. The lucrative race was open to only Victorian sired juveniles.

Craig Easton, who has his own construction business, is a part-owner and breeder of Pure Scot, the Lindsay Park trained two year-old winner.

Easton bred the filly in partnership with Sam Hayes’ Cornerstone Farm and also has whisky distillery owner David Prior involved in the horse.

“Because I have bred and raced this horse, this has been an absolute thrill to win with Pure Scot,” Easton said.

“We first thought we would take her to Bendigo to see what she could do. She then came here and did so well.” 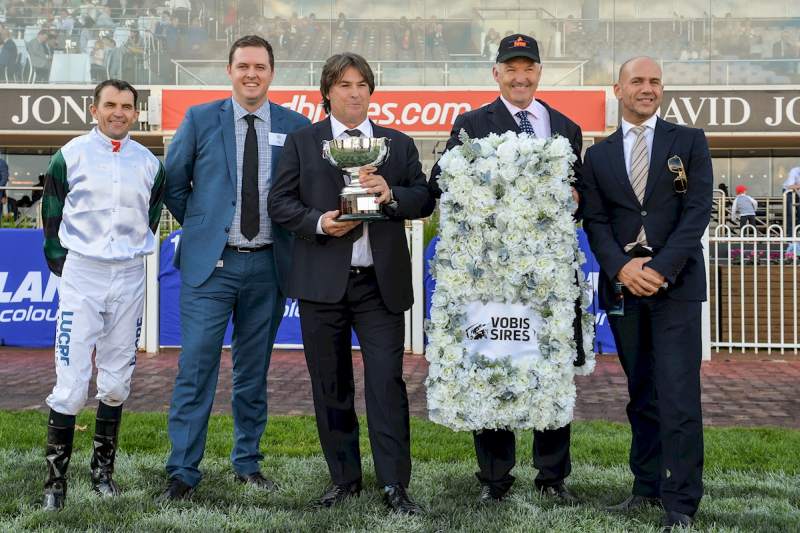 While Easton has been racing horses for some time including having won a Group 1 as a part-owner of All American, the breeding element is relatively new.

“I’m loving the breeding the side. I’m new to the game but just really, really enjoying it,” Easton said.

Easton and Sam Hayes bought the mare Enthrall in foal to Chatswood Stud sire Purrealist at the 2014 Inglis Great Southern Sale for a mere $26,000 from Makybe. She was the daughter of Listed winner Sarah Vee and is a half sister to Listed winner Yesterday’s Songs and Group performer Rahveel.

She subsequently foaled down the Purrealist filly which would be named Pure Scot. The name comes from part owner David Prior’s scotch whisky venture, Pure Scot which he started in 2016.

Pure Scot and her owners collected $172,000 in VOBIS prizemoney and bonuses from the VOBIS Sires race taking her total earnings to a touch more than $232,000 in three starts.

She will be able to return for next year’s VOBIS Sires 3yo race which will also be worth $310,000 and trainer David Hayes certainly sees that as an option.

“The best thing about a lot of these horses (his juvenile winners) are that they will train on as three-year-olds, which is exciting,’’ Hayes said.

Meanwhile, Easton and his partners will continue seeking further breeding success including through another broodmare under his ownership, Tresillian (Danehill). She is in foal to Swettenham Stud sire Toronado.

Easton and many other breeders both in Victoria and interstate will certainly be interested in this VOBIS Sires 2YO race when it becomes a $1 million race starting in 2019.