Tagaloa epitomises the modern Australian stallion – he’s good looking, a Group 1 Blue Diamond winner at two, trained on at three and is a complete outcross.

Lord Kanaloa topped the first season standings with 32 winners, some 12 clear of his nearest rival, with his debut crop including ten-time Group 1 winner, dual Horse of the Year and world’s highest rated 3-year-old, Almond Eye. Those results were strong enough to make Lord Kanaloa the second-leading sire of 2-year-olds among the general sire population, with only the incomparable Deep Impact proving superior.

Trent Busuttin of Busuttin Racing was effusive in his endorsement on keeping a colt of this quality in the local breeding population.

“Yulong purchasing Tagaloa is a huge tick of approval for the Victorian breeding industry,” he said. “These types normally end up in the Hunter Valley.”

“To have a horse like him, a stunning physical and Blue Diamond winner with an international outcross pedigree, stay in Victoria is a massive vote of confidence. Yulong are leading the pack, setting the standard of new development in the Victorian industry.”

Making an early impression like his sire, Tagaloa won his only trial before stepping out to place third in the Group 3 Maribymong Plate on debut. He then backed up with a win in the Strath Haven Preston 2YO Plate.

Following a short spell, Tagaloa started fresh up in the Group 3 Blue Diamond Prelude to place fourth before landing his biggest title to date in the Group 1 Blue Diamond Stakes, beating home Hanseatic, Away Game and Personal in the fastest time by a 2-year-old at Caulfield since 2011.

He then went on to place in the G1 Australian Guineas, while other notable results included a second in the G2 Todman S. and fourth in the G1 Golden Slipper. He retires with a record of three wins and more than $1.4 million in stakes.

Tagaloa is the first son of superb Japanese stallion Lord Kanaloa (Jpn) to go to stud in Australia, and a major opportunity for Victorian breeders. 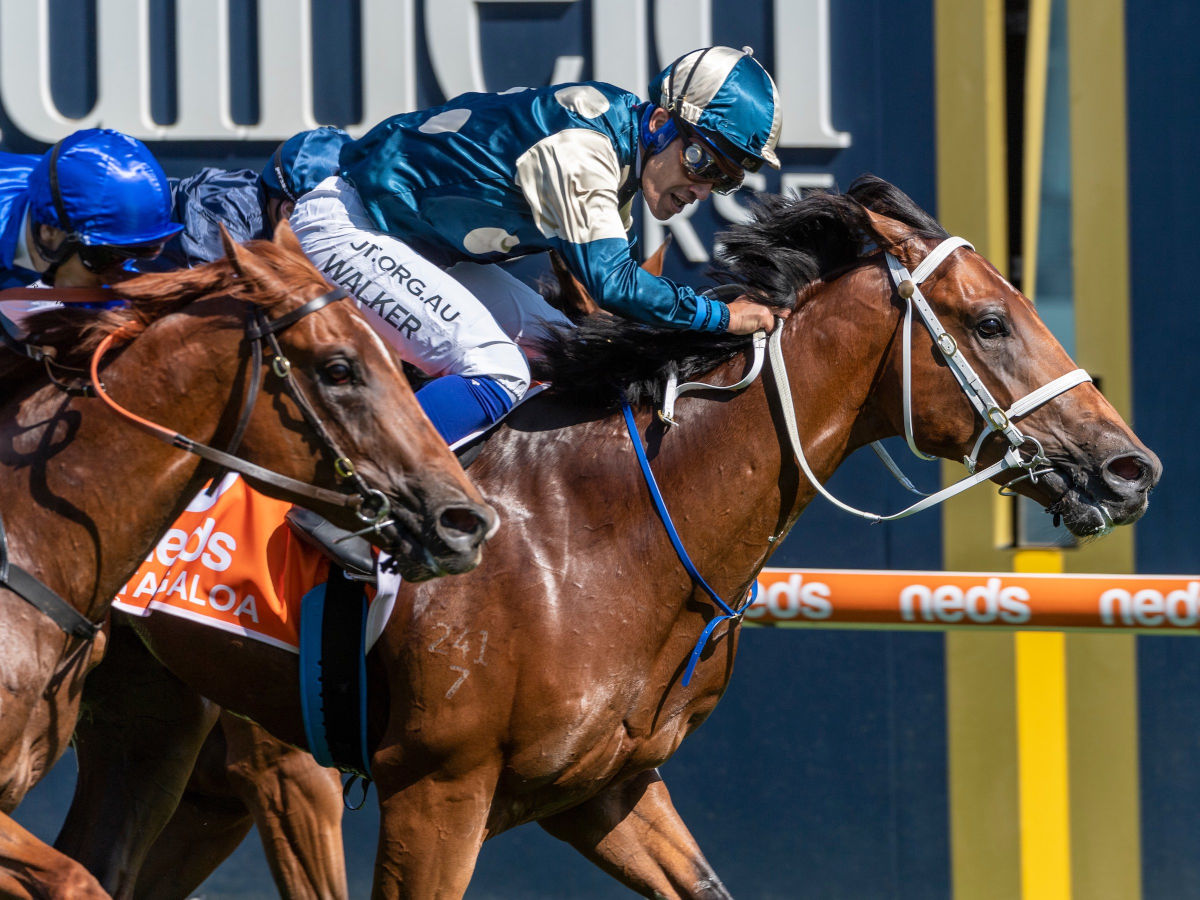