After a brilliant racing career in Australia and Europe which netted four high profile Group 1 wins in the Caulfield Guineas, Oakleigh Plate, Golden Jubilee and July Cup, Starspangledbanner began his stud career with Coolmore in Ireland in 2011 before shuttling to Coolmore’s Hunter Valley Australia base for the 2011/2012 season. Despite large numbers in both hemispheres those two crops netted only 58 live foals and the stallion was labelled “sub-fertile” and even returned to training. He was written off as a stallion until 51 of those first season foals hit the race track and – incredibly – nine of them became stakeswinners. 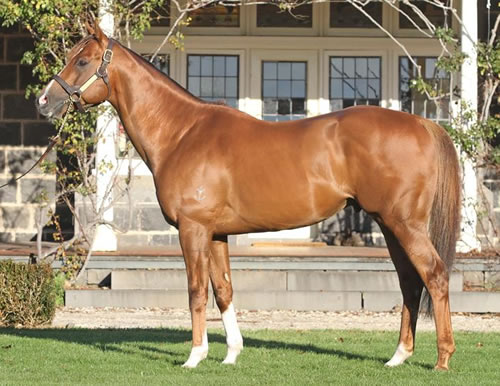