Purchased from the 2016 New Zealand Bloodstock National Yearling Sale for NZ$220,000 by Cameron Cooke Bloodstock and trainer Mick Price, the son of O’Reilly made a quick impression on the track.

Having only the one 2-year-old outing, placing third to eventual Group 1 winner Aloisia, Grunt broke his maiden impressively at the beginning of his second campaign when starting a four-race winning streak. Showing his talent, his third victory was in the Group 3 C S Hayes Stakes, defeating Cliff’s Edge and Embellish.

This campaign culminated with a tenacious victory in the Group 1 Australian Guineas, in only his fifth career start.

Damien Oliver was effusive in his praise for Grunt post-victory, “he’s a magnificent specimen of a horse and he deserved a really strong Group 1 win like that today.”

Grunt returned as a 4-year-old to impressively win the Group 1 Makybe Diva earlier this season by two lengths at Flemington, beating eight Group 1 winners in the process.

Grunt retired with a Timeform rating of 123 as a 4-year-old, ranking him as elite among his generation.

“An outstanding individual and brilliant 1600m horse. Grunt had an excellent temperament and I think he will make a great stallion,” said Mick Price. 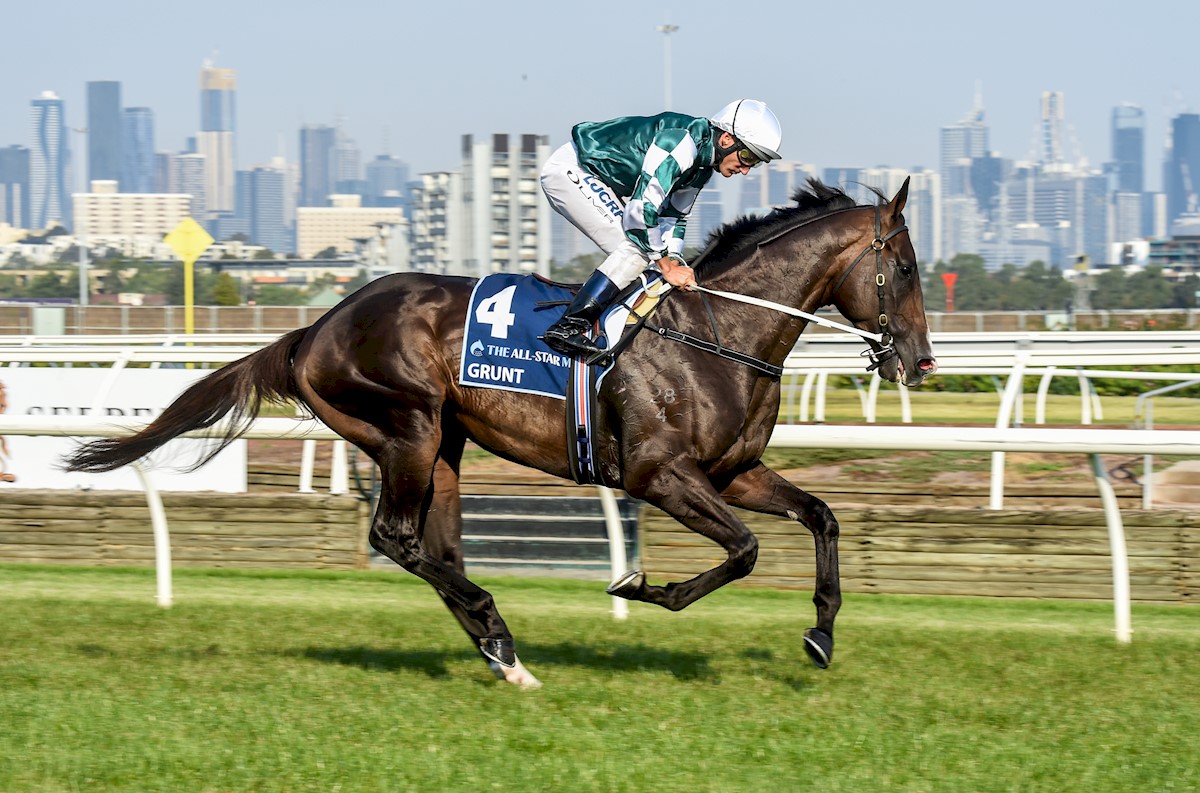