GIANT’S STEPS is the only dual G1 winner by the late GIANT’S CAUSEWAY and from the STORMCAT line to stand at stud in Australia. He is a perfect out-cross for DANEHILL/DANZIG line mares. The STORM BIRD/DANZIG & DANEHILL cross is responsible for 417 SW’s, 60 Gr 1 winners! Phenomenal sire of sires GIANT’S CAUSEWAY is a proven sire-line dynasty with sire sons leaving 215 Black Type Winners (Including 27 Gr 1, 34 Gr 2 and 50 Gr 3 winners to date). No less than 19 sire sons of GIANT’S CAUSEWAY have produced stakes-winners themselves with more than 420 stakes-performers worldwide. GIANT’S STEPS was a winner at 2 on debut over 1200m. All wins were on Turf displaying versatility winning from 1200m-2400m. As a 2yo he won two races and placed in a Group 1. GIANT’S STEPS’ 6 starts on Turf resulted in 4 wins – 3 at Group level (including 2 Gr1 wins) – and two Group 1 placings. Outstanding Stallion-Producing family. Closely related to champion sires HUSSONET (6 x G1 winners) & EKRAAR (4 x G1 winners). GIANT’S CAUSEWAY and his sire sons are proving to have a significant impact as broodmare sires 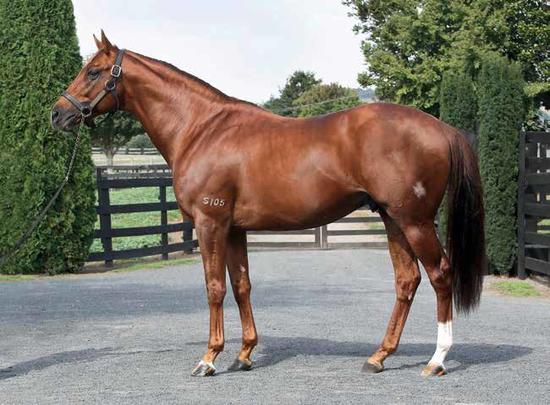