The combination of two Australian stallion breedshapers in the sireline of Alabama Express makes him an exciting sire prospect.

The sire of Alabama Express, Redoute’s Choice, is an Australian phenomenon, peerless in his achievements at stud and continues to build his legacy through exceptional sons and daughters.

Trained by Mike Moroney, Alabama Express faced some of the best horses in the country under a tough run at Caulfield when he took out the WFA G1 C F Orr Stakes.

“He had the toughest run in the race and still won,” said trainer Mike Moroney. “When I saw he couldn’t get in, I thought it was game over, but it just shows you how good this horse is.”

“His father [Redoute’s Choice] won this race and he’s more like dad than any other horse I’ve seen.”

“If you can replicate even half of what his dad has done, he’s going to be a successful sire.”

Alabama Express was bred by GSA Bloodstock and purchased at the Inglis Easter Sale from Arrowfield Stud for $280,000. 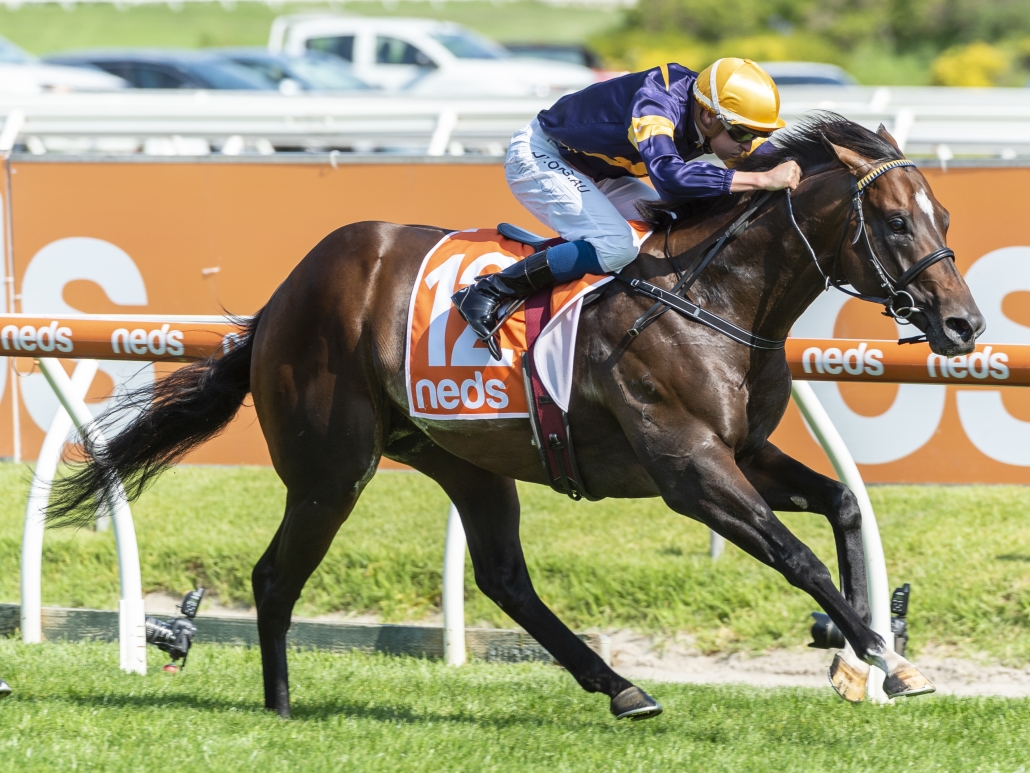