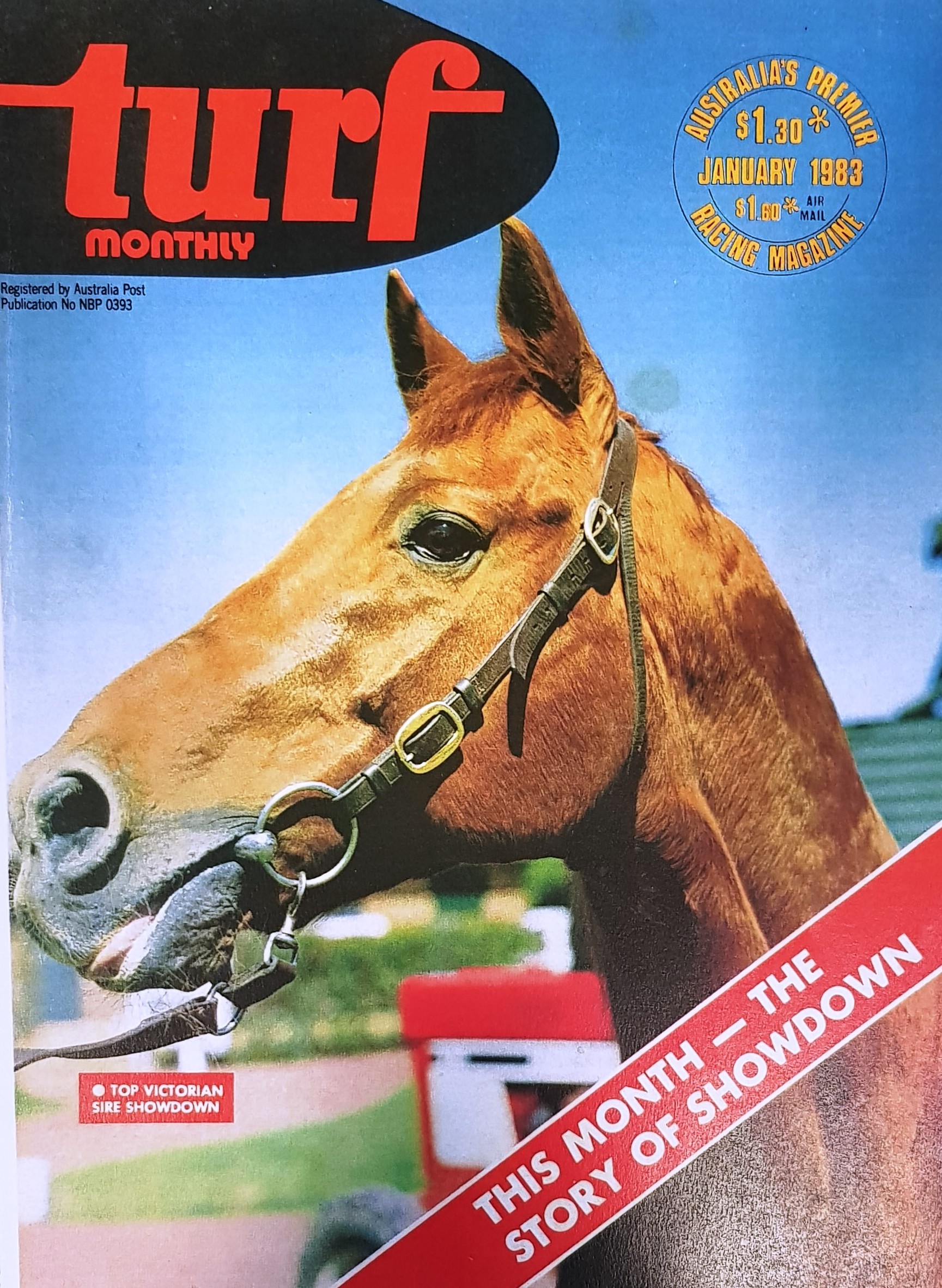 Racing Victoria (RV), in association with Thoroughbred Breeders Victoria (TBV), has started the countdown to ‘The Showdown’ – a landmark $1 million race to be staged at Caulfield Racecourse in April 2019.

The 1200m event, to be run exclusively for the two-year-old progeny of VOBIS Sires’ nominated stallions, has been named in honour of Victoria’s champion Australian stallion of the 1970s – ‘Showdown’.

Showdown stood at Stockwell Stud at Diggers Rest between 1966 and 1983 where he sired 46 stakes winners (13 at Group 1 level) including Golden Slipper, Blue Diamond, Oaks and Derby winners. He retired from stud duties in 1983 and died at Stockwell Stud in 1985 (where he is buried). 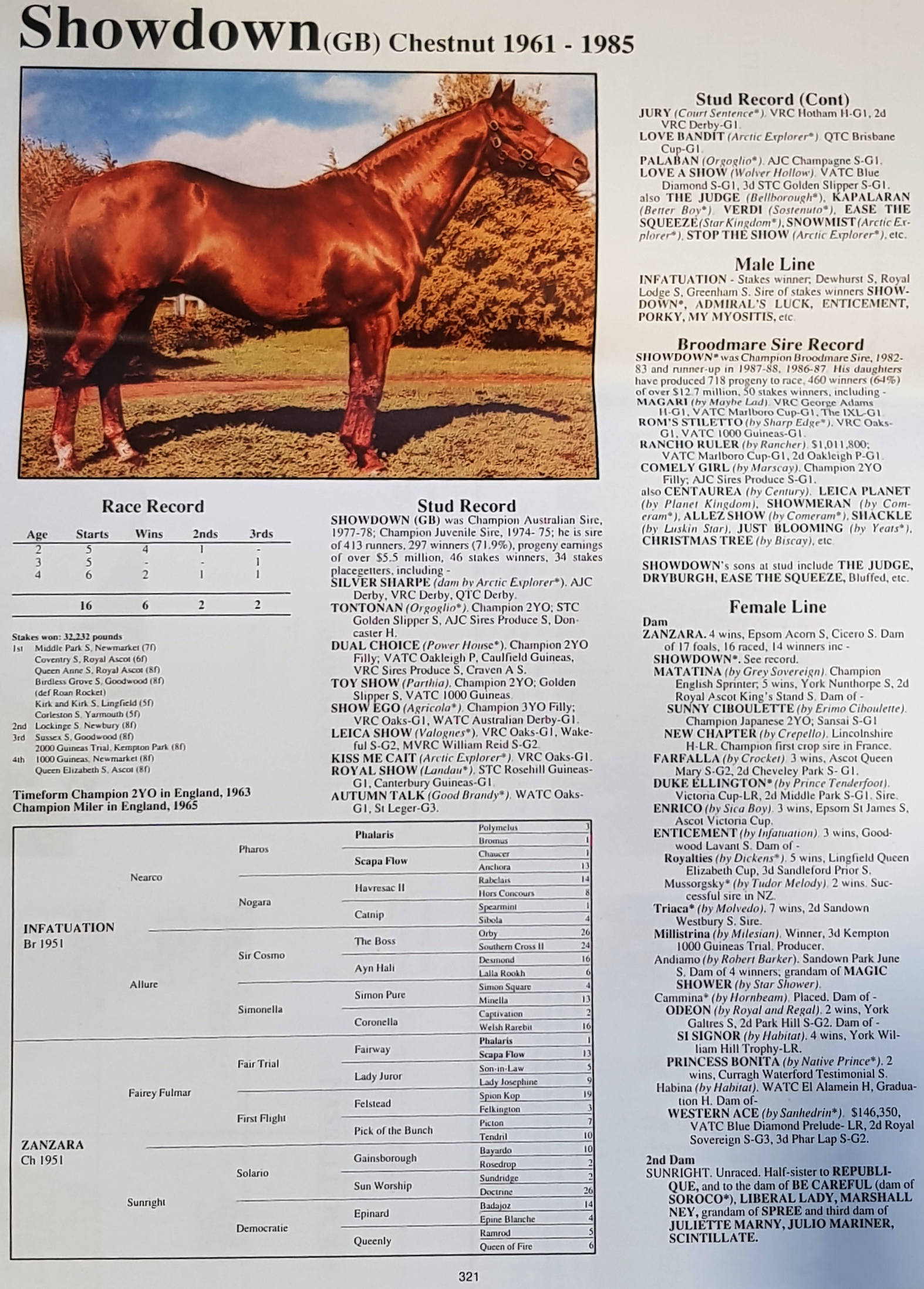 The $1 million The Showdown will become a permanent fixture on the Victorian racing calendar, and will help pave the way for further expansion of the VOBIS Sires program when the $500,000 three-year-old VOBIS Sires (1600m) race commences in 2020.

These two races, in addition to the lucrative VOBIS Gold Premier Race Series already on offer, will by 2020 be worth at least $4.45 million a season. The whole VOBIS program, inclusive of bonuses and prizemoney, will offer more than $20 million.

In making today’s announcement of ‘The Showdown’, RV Executive General Manager – Racing, Greg Carpenter, said the new name would create some excitement within the Victorian racing community and build a sense of anticipation leading into the first ever $1 million The Showdown.

“Making this announcement today helps to reinforce the message of the VOBIS Sires program, and will aid in educating owners and trainers about buying VOBIS Sires progeny now, so that they are eligible to compete for the first ever $1 million VOBIS Sires Showdown race in 2019,” Carpenter said.

“The Showdown is the evolution of forward thinking and planning by Racing Victoria and TBV to reward owners and support the breeders who have put the time and energy into investing in Victorian racing.”

“The name itself also has significant historical links to Victorian breeding, with Showdown being a champion Australian stallion who stood at Stockwell Stud and who produced very classy two-year-old progeny.

“Perhaps we will see a similar record to that of Showdown’s set by some of the 54 VOBIS Sires-nominated stallions, whose progeny will be able to compete in the first running of The Showdown.”

All eligible horses aiming to compete in the $1 million The Showdown must be nominated to both Super VOBIS and VOBIS Gold, and must be the progeny of a VOBIS Sires-nominated stallion.

A total of 54 stallions were nominated to the VOBIS Sires program during 2015, meaning all their 2016 born progeny – provided they are VOBIS Gold and Super VOBIS nominated – will be eligible to compete for the inaugural race in 2019.

The first crop of yearlings to be prepared for the inaugural race will appear at the upcoming 2018 sales, and will be identified by VOBIS Sires logos in the sales catalogues, barn signage and hip stickers.

“Victoria’s stallion owners have been great supporters of this scheme with their nomination fees going into the prizemoney of the $1 million Showdown.

“Victoria already has some fantastic sires, but VOBIS Sires and the $1 million Showdown will help take the quality of the stallion roster in this state to a new level.”

“It has been a privilege for the MRC to host the Victorian Owners and Breeders Raceday since its inception, and we’re proud to have contributed to its success and growth,” Norton said.

“To think that success now extends to a million dollar race in The Showdown is remarkable, and testament to Racing Victoria’s investment in the day and its commitment to the state’s owners and breeders.

“We look very much forward to setting the stage once again for the 2018 race day, and the inaugural showdown in 2019.”