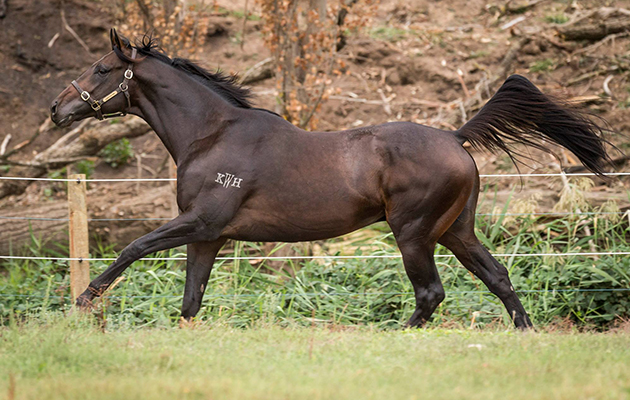 Already arguably the best racing incentive program in the world, the impact of the newly added VOBIS Sires program is soon to be realised with the running of the inaugural 1200 metre $1 million dollar Showdown only a few weeks away.

Launched in 2015, the $1.5 million VOBIS Sires program is a significant addition to the already lucrative Victorian Owner and Breeders Incentive Scheme (VOBIS), which rewards the nominator, owner, trainer and jockey of eligible racehorses.

The current Super VOBIS and VOBIS Gold programs offers over $24 million annually in prizemoney and bonuses across the Victorian racing calendar, whilst the main aim of the VOBIS Sires program is to increase demand for Victorian sired racehorses. By retaining and attracting quality stallions here in Victoria, the industry in turn ensures the breeding industry remains strong, viable and competitive.

Cranbourne-based trainer Cindy Alderson is one of many Victorian trainers who are right behind the program, bought to life through a partnership between Thoroughbred Breeders Victoria and Racing Victoria.

“VOBIS is very important to our business and obviously being a breeding family as well, we like to breed to Victorian stallions and I can only see it improving further with this (VOBIS Sires) incentive,” said Cindy.

Victoria’s 2016 foal crop, now 2 year olds, are the first to be eligible to run in The Showdown. To be eligible, a racehorse must be the progeny of a VOBIS Sires nominated stallion standing in Victoria. Originally receiving 842 nominations, the final field is slowly starting to come together, with recent VOBIS Gold Rush winner, Prince of Sussex, currently the headline runner.

As part of the VOBIS Sires program, an exciting new incentive has been added – the Stallion Nominator’s Bonus. On top of the prizemoney, Racing Victoria will pay a stallion nominator’s bonus for to the winner of The Showdown, which is five percent of the prizemoney will be paid to the nominator of the winner’s sire. The support of this by Victorian breeders can be seen in the increase in stallion nominations from 52 in 2015 to 72 in 2018.

Lauriston Park’s Chris Bakker will be chasing the Stallion Nominator incentive if Rock Hero’s Angel Rock, trained by the Lindsay Park team, takes her place in The Showdown.

“If Rock Hero has a runner in the race, bugger the sales, we’ll be trackside!” exclaimed Chris.

“We work extremely hard for years to get horses from our stallions to the races. So The Showdown, a million dollar race for Victorian sires, gives us an opportunity to put our stallion’s name up in lights.”  He said.

“Potential breeders will be looking at the sires of the 2 year olds in the race and so it’s an additional way to help promote the upcoming breeding season,” said Chris. “We’re only small and Rock Hero doesn’t serve a huge number of mares, so with a runner in the race, we’re halfway there. You don’t pay the VOBIS Sires nomination fee if you don’t hope to get some spin-off for mare numbers.”

With The Showdown set as the feature, this year’s Victorian Owners and Breeders Race Day at Caulfield on 27 April, will cement its status as one of the most important days on the Victorian racing calendar. Breeders also hope the incentives on the day will further bolster interest from buyers at the Inglis Melbourne Gold Yearling Sale at Oaklands Junction the following day, Sunday 28 April.